WALK HERE projects, destinations and events as a way to better health and mindset. Walking as a way to foster green, clean, safe and civil communities. Walking as an activity to notice the day-to-day, take stock, make improvements, celebrate successes. 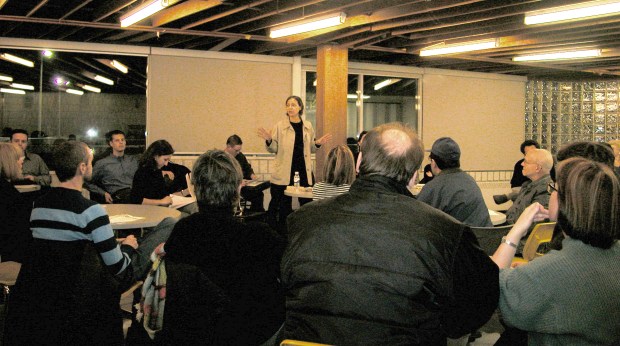 2003 – 06: A series of public art efforts that encourages the act of walking by creating walkways, walking destinations and events. 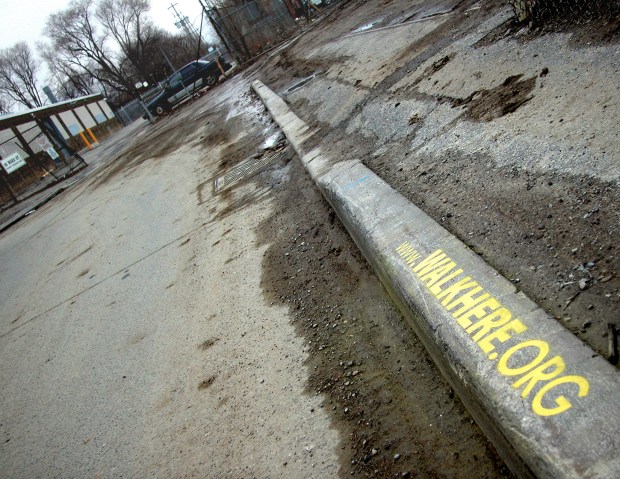 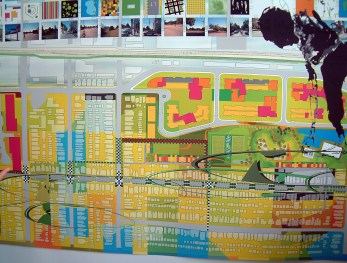 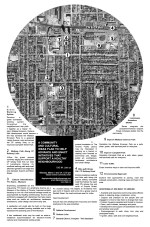 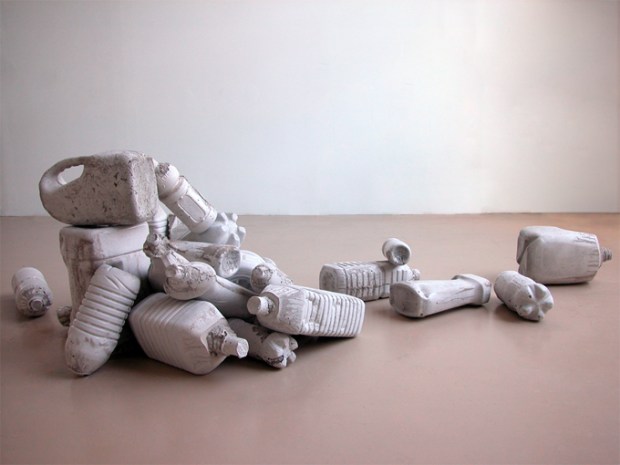 Garbage – what it contains, how it’s packaged, its chemical make-up, consuming and recycling ideas and observations, appreciation of design and shape:
Community members were asked to contribute discarded pop bottles, water bottles, soap containers as a starting point for this public/community artwork. Garbage containers were filled with recycled glass, mirrors and cement then cut in half and installed in the Walk Here walkway. 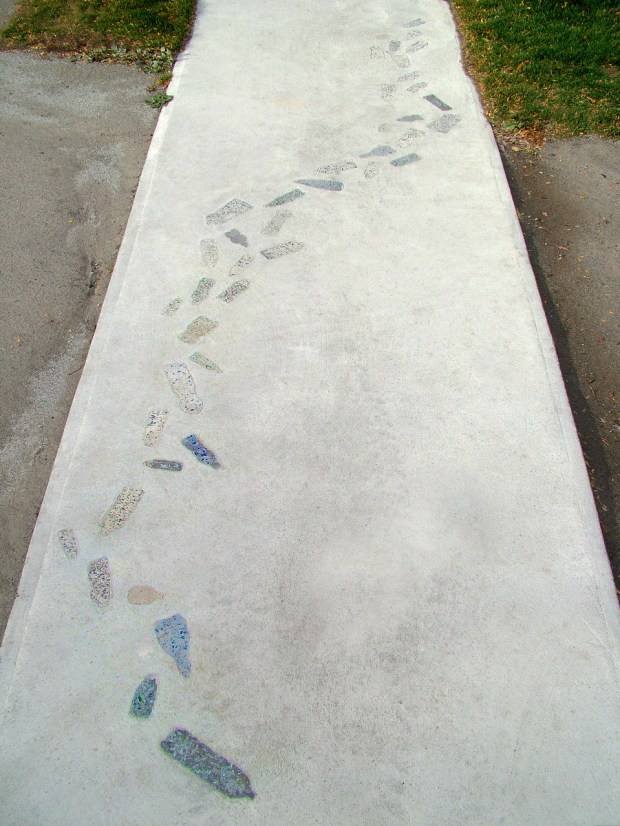 The sculptures appear as beautiful reminders: fossil-like, they reference historical pottery and the most attractive recent design. They introduced discussions regarding the liquid they contained, that becomes part of the watershed, all liquid making its way to Lake Ontario and into a globalized water system. 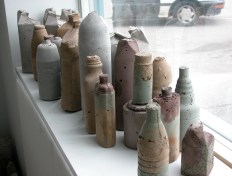 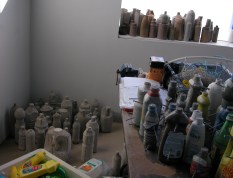 Local children’s drawings that considered neighbourhood surroundings, environmental issues and ways to use parks were developed as stainless steel cut-outs and installed in the Walk Here walkway.

Civic Studies, DIG IN members and Adam Giambrone, then Ward 18 Councillor with the City of Toronto, negotiated an agreement to safeguard Walk Here property rights to the land end-ending Lappin Ave. at the railway lines.  The intention was to link the WALK HERE plan from Wallace Emerson Park to Campbell Park providing the rapidly expanding development directly across from the Campbell Park but separated by the track, park access. The bridge was proposed as a step toward reconnecting a neighbourhood intersected by 3 sets of railway lines 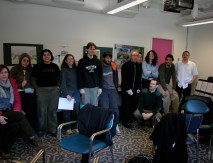 Ontario College of Art and Design, Public Art Class with  Eldon Garnet and Civic Studies developed a class project to develop design ideas for a pedestrian bridge from Lappin Avenue to Campbell Park. 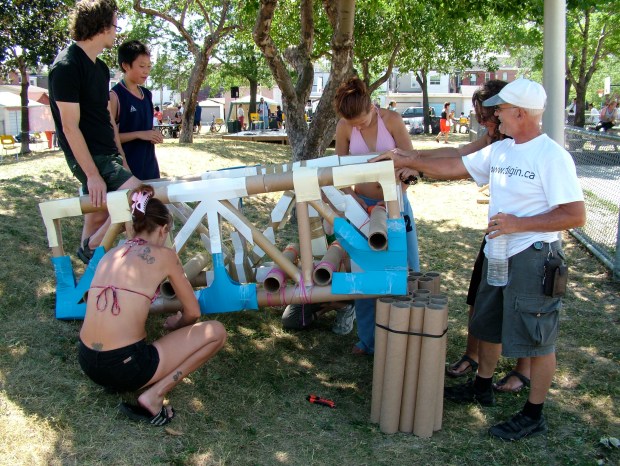 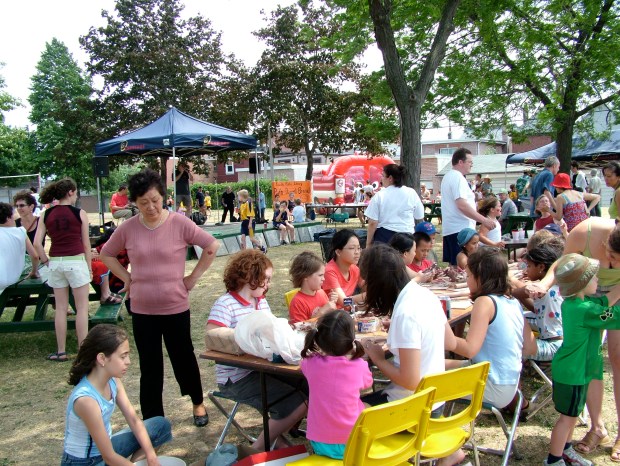 Ideas For Bridges, played in clay, a family event provided by the Gardiner Museum of Ceramic Arts.

DIG IN began as a fiction in 2002 by Dyan Marie, as an acronym to use when attempting to secure institution attention for local concerns at a time when Wallace Emerson area had pronounced problems. DIG IN was realized as an urban intervention artist project and a cultural and community initiative.

“Community and Cultural Ideas Master Plan” was focused on the idea of walking as a way to animate the area, put more eyes on the park and street, meet neighbours. the plan was exhibited and community-wide meetings at Wallace Emerson Community Center, Perth Dupont Library and the Portuguese Sporting Club. 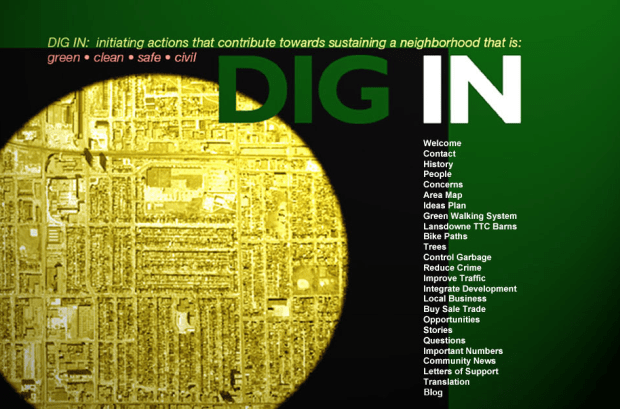 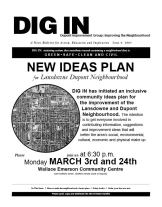 100 individual tiles made by 100 artists, representing 40 different nations and installed in 20 countries. 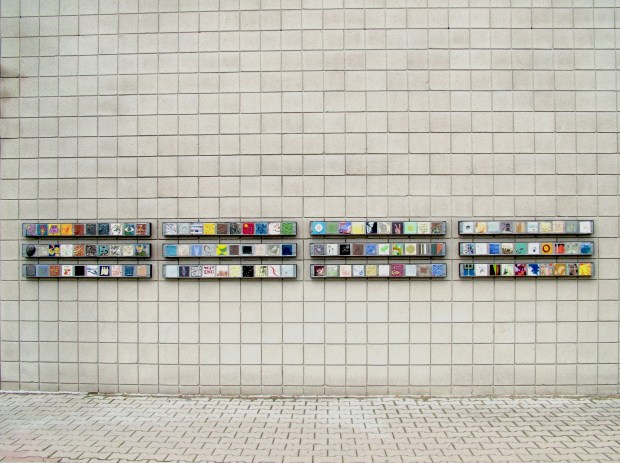 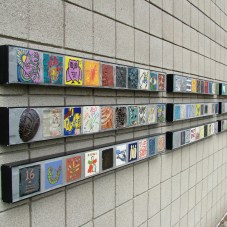 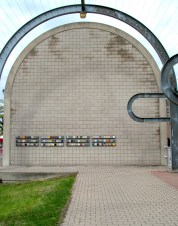 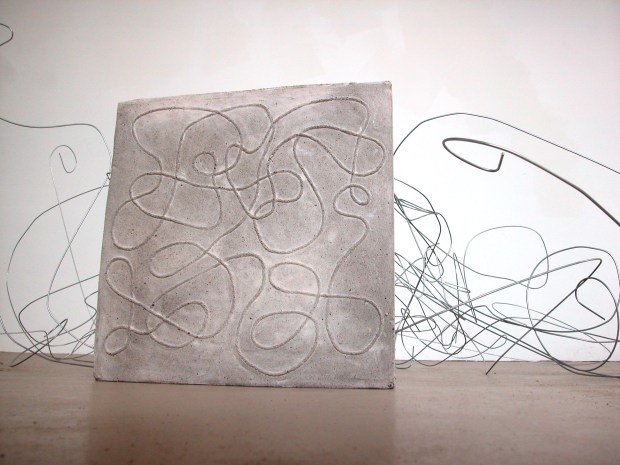 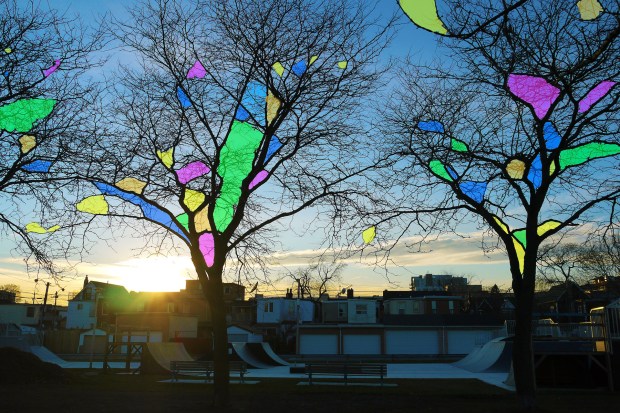 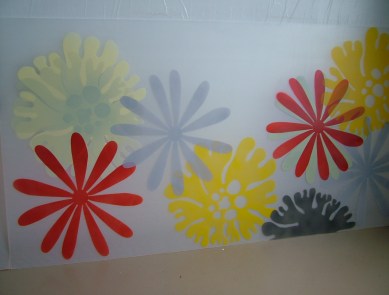 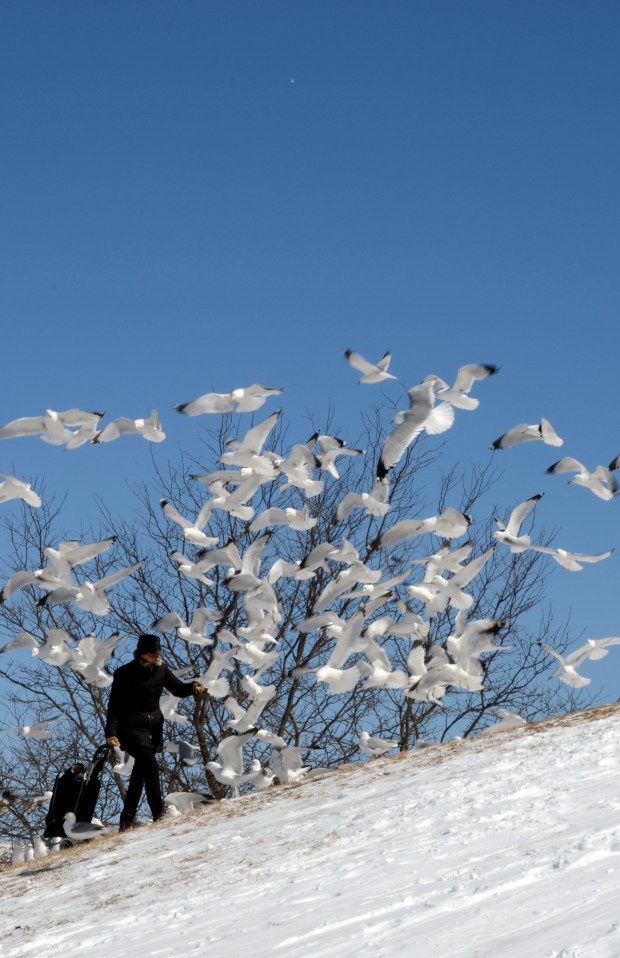 Bird Woman is a re-enactment of a woman who is occasionally seen in Wallace Emerson Park. Hostile, ill,  poor, she drags a cart of stale bread through the park, walking to the top of the Wallace Emerson Park hill. With each step an expanding flock of seagulls surround and follow her. 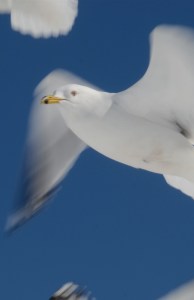 At the hill summit, expectant birds hover inches from her body, meeting her eye to eye and for a moment, she flies. 2014 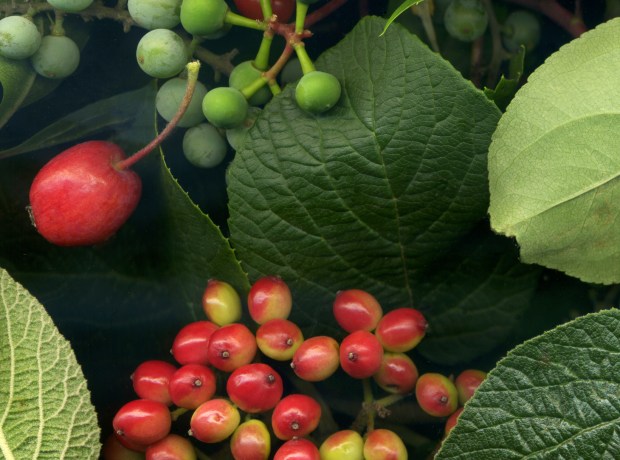 Image: documentation of plants that cling to the chain-link fence on the south side of Wallace Emerson Park: trees, vines, wild flowers, weeds, fruit, seeds and berries.  Used as source for a Bloordale banner installed on Bloor Street, streetlight pole and included in Asphalt Garden, The BIG on Bloor Festival and Nine A publication. 2015 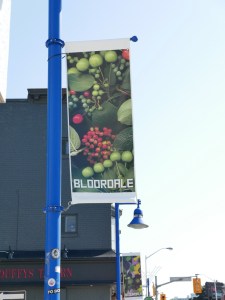 Because of this, and what if, and despite everything
signs at Wallace Emerson Park 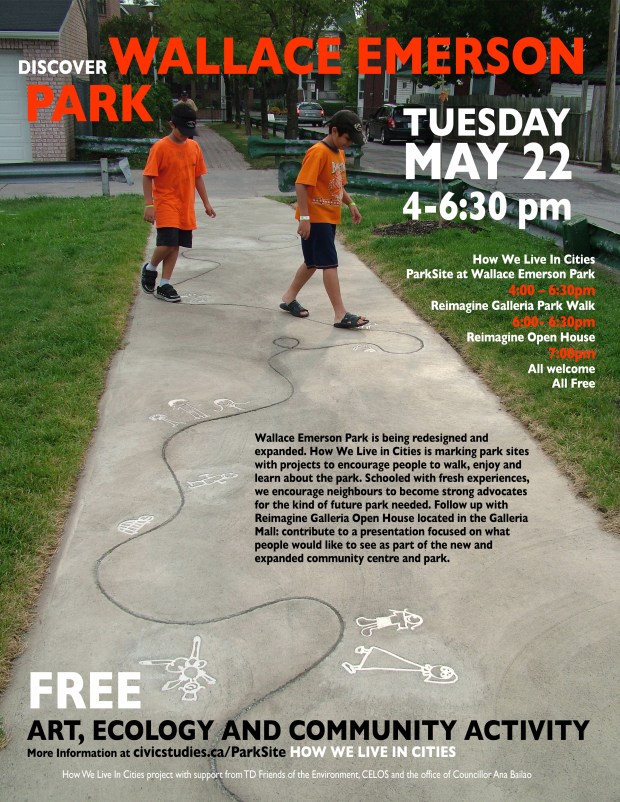